Dad Refuses to Answer His Phone 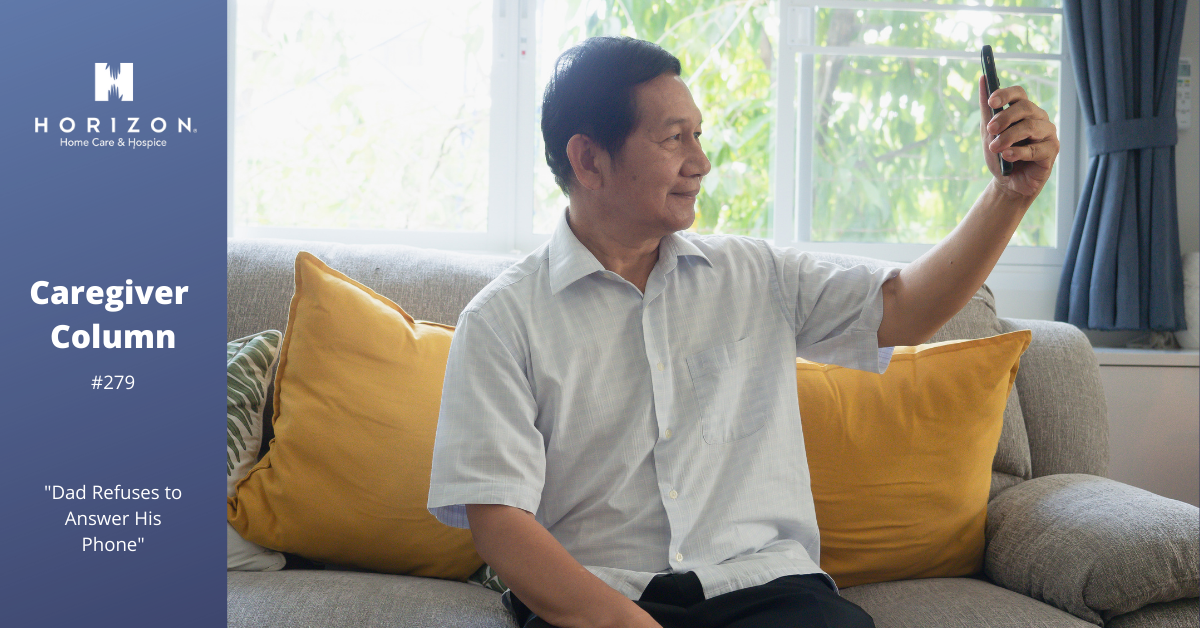 "My father has stopped answering his phone. I believe that he does hear it ring. He just won't get out of his chair to cross the room and answer it.

If you need to get a message to my father, just forget it. He doesn’t use email. He doesn’t have a cell phone, so texting is out of the question. He doesn’t even have voicemail!

The system is basically this--send someone over to his house to give him the message, or just stop by yourself.

He doesn’t seem concerned about how disconnected he is. He’s 80 years old and very content with his lifestyle.

I have tried to convince him that for safety, he should have a cell phone or some alert system. He simply says no. What is a son to do?"

I actually wonder what it would be like to live in your father’s shoes. What would life be like without all the technology I usually carry with me everywhere?

I suspect that your father has never used email, texting, cell phones, or answering machines and has gotten along in life just fine. I also think that is what he is telling you when you bring it up.

There are so many tools that would make his life easier, but apparently he sees no value in them. It also sounds like his decision to ignore communication technology is creating extra work for you.

First, let’s look at the phone situation. He may not be answering it because most of the calls are people trying to sell him something he doesn’t need. With the election coming up, there will be even more calls that he is not interested in answering. And with how many scams are out there attempting to trick the elderly, it may even be best that he’s not answering those calls.

Another thing for you to consider is that your father may be having trouble hearing someone through his phone. If this is the case, it is worth exploring a solution to his hearing issue. There are phones available for those who are hard-of-hearing. Of course, there are many hearing aid solutions to explore, too, with a reliable audiologist.

Safety is my primary concern in this situation. Assuming he lives alone, I’m worried that he is out of reach to those that care for him. Unless you check on him daily, he could be in trouble and you wouldn’t know.

It’s important to let your father know that it’s difficult to check in with him as often as you’d like. Ask him if he would consider a phone that announces who is calling so that he can pick it up if you are the caller. I know these exist because the landline, (yes, landline!) in my home does this. He can then just ignore those he doesn’t want to talk to. If your father is willing to try a new phone, just swap out his phone with one of these.

If dad is having trouble hearing, you may have already picked up on that. Help facilitate hearing tests to resolve that issue.

Ask your father to consider some sort of alert system that reaches out to you if he falls. He may be quite resistant to this until he has a fall and becomes fearful. It’s worth a try though.

Lastly, recognize his right to independence. He may have some significant denial going on and may just not be ready for supervision by you or anyone else. You may need to go with the flow for a bit until he needs closer supervision.

I wish you the best on this shared journey.