To some, Rick Taetsch is known simply as “the dahlia guy.” And that’s just fine with him.

Rick is a volunteer at Horizon’s Kathy Hospice, located in West Bend. This came to be after he drove past the hospice one day. As a man of faith, he believed God, for whatever reason, compelled him to stop in.

“Getting involved as a volunteer in hospice was God’s plan,” says Rick. “He said, ‘you’re here to comfort at the end-of-life.’”

While Rick began his journey as a volunteer, he continued to garden in his spare time at home. At the store, he bought 10 dahlia tubers on a whim, knowing nothing about them. He planted them and seven out of 10 survived, which he then brought into Kathy Hospice. 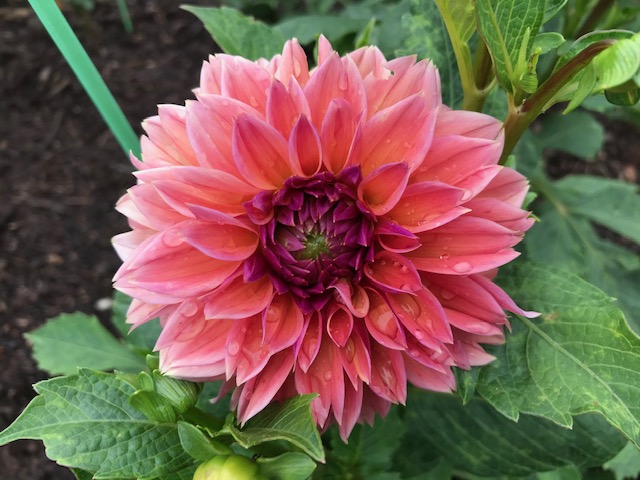 The response from patients was unexpectedly and overwhelmingly positive.

As they reach their end-of-life journeys, patients can experience a slew of emotions. The journey can be heavy on their minds, and the minds of their loved ones. It became clear that the dahlias, on the other hand, provided a much needed distraction from those heavy thoughts, and their illnesses.

“Everything changes for even just one moment when they can think about something else and focus on the beauty,” says Rick.

The dahlias even stimulated some patients who had not been very interactive previously. “They have the ability to extend conversation. It’s a heartwarming thing to see them bring joy out of people.”

The reaction drove Rick to go bigger and better. The next year, he planted 30 at his home, but transporting that many proved difficult.  He then got the go-ahead to start planting dahlias right on the hospice grounds.

This summer is the seventh year that Rick has planted dahlias, and the operation has grown each year, in terms of the number of dahlias planted, his gardening knowledge, and also the community response.

Rick continues to learn more about this type of flower, of which there are 300,000 variations. For example, with some trial and error, he figured out that anchoring the flowers with stakes would promote their growth.

Horizon Home Care & Hospice, Froedtert, Costco and others donate to this project. There’s even a Saukville farmer who donates chicken excrement, which is the key to success in this endeavor, according to Rick. It makes the blossoms richer, brighter and larger.

Rick’s dahlias have even caught the attention of the Washington County Master Gardeners, a community organization dedicated to all things gardening. They were so impressed with his dahlias that they didn’t believe him when he said he did not go to school for or study gardening in any official capacity.

“At the beginning of all this, I just wanted a little color,” reflects Rick. “But this turned into a conversation. More people than I know enjoy the flowers.”

The feedback from patients and their families is endless. It’s common to hear things like, “I look at those things all day long.” “All she talks about is the flowers.”  “We didn’t know he loved flowers this much.”

“Neither did I,” says Rick. 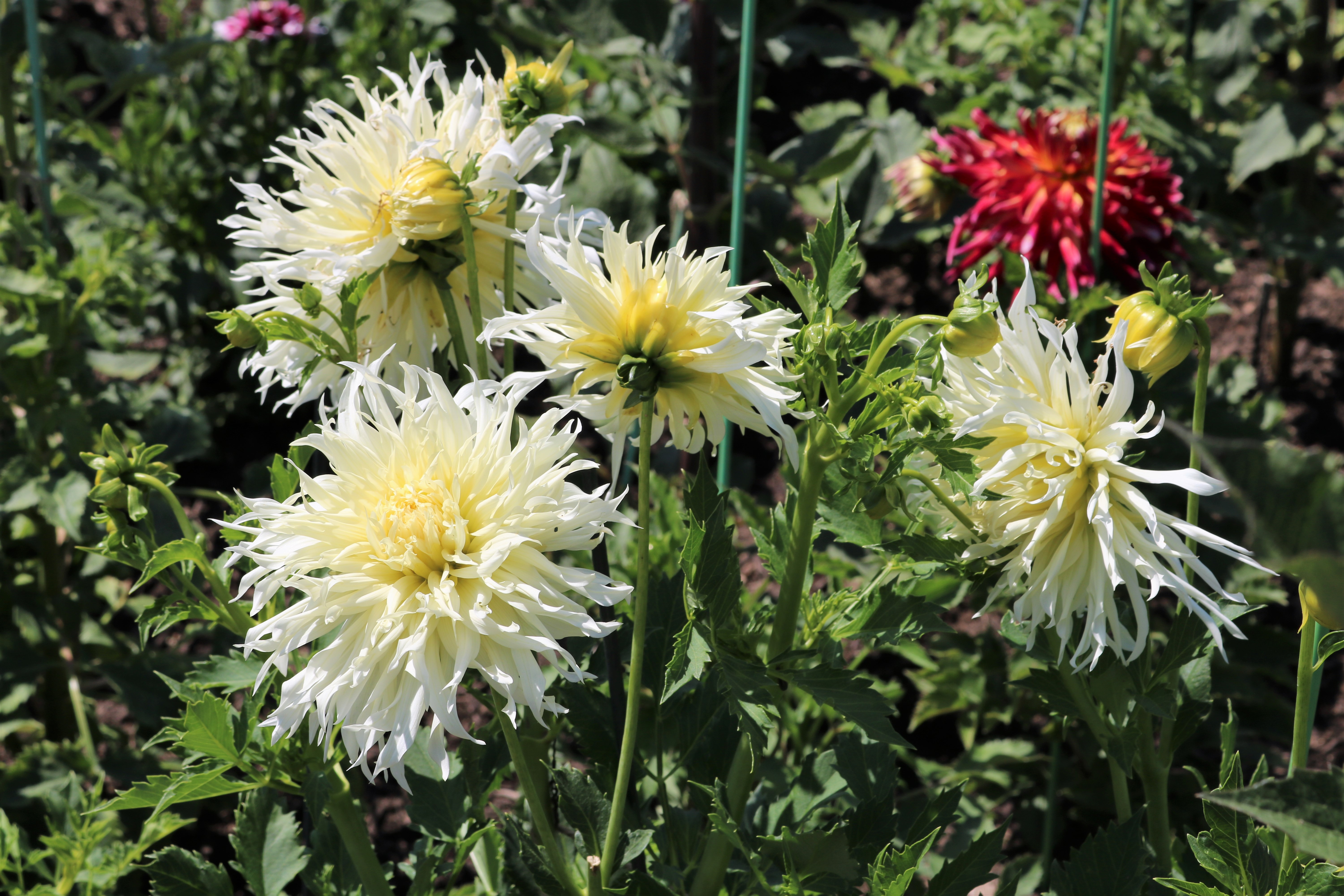 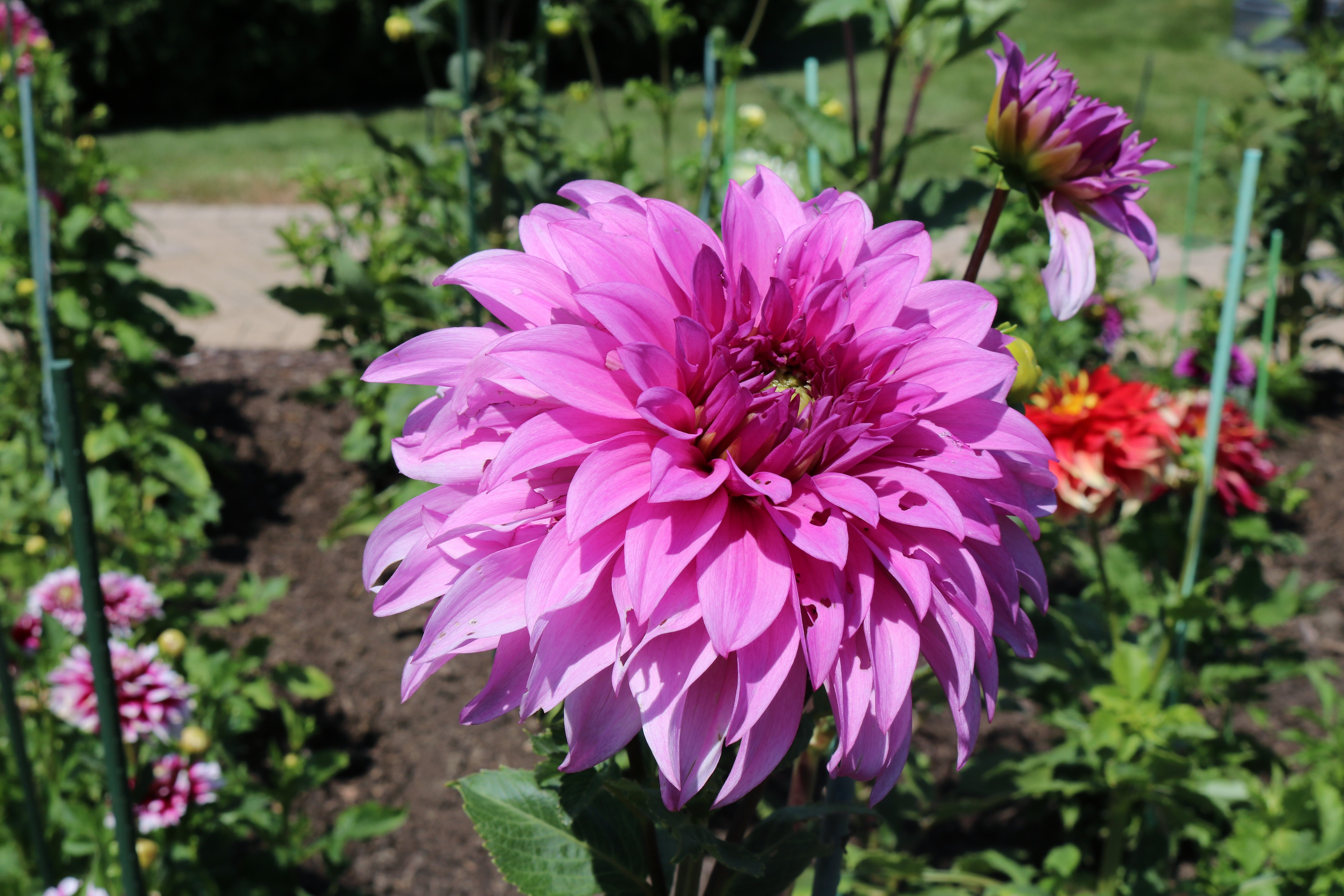