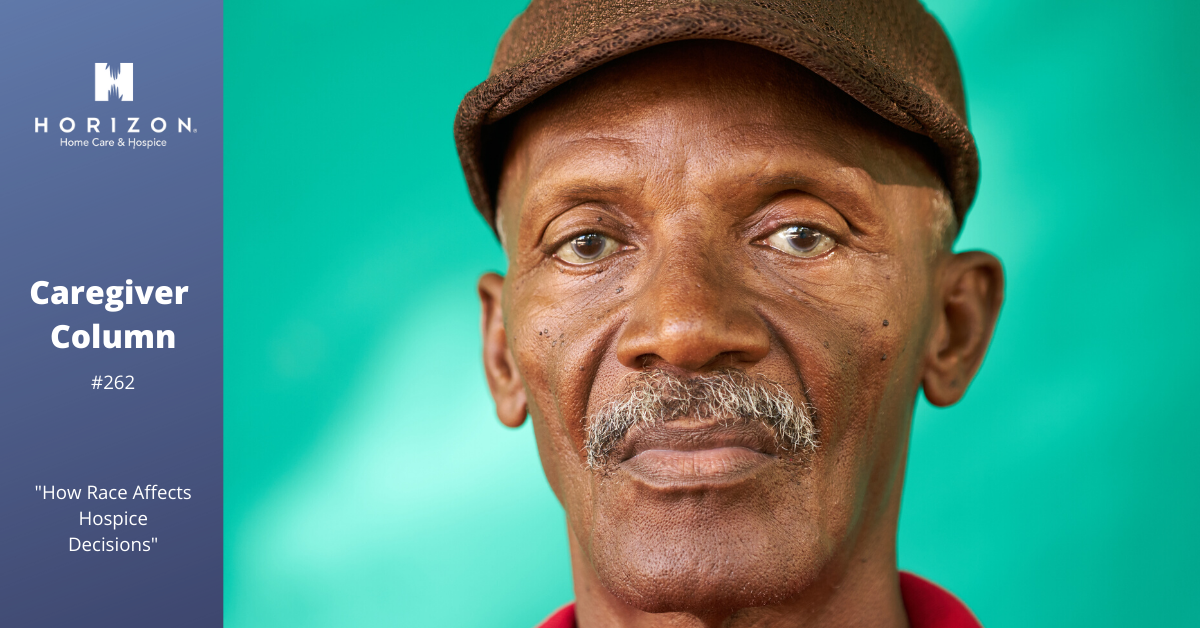 "My father is 75 years old and dying of pancreatic cancer, but he absolutely refuses hospice care. He really needs the care and I believe it would be good for him. I don’t think he trusts the doctors and what they say. In the meantime, he goes without care. Sometimes I wonder if being African American has affected the way Dad views healthcare, and that’s why he is hesitant now.

Do I push hospice or just let it go?"

Your dilemma is not uncommon, and the reasons for this can be complex. Sometimes, a patient feels they are being given up on, when they feel they shouldn’t be. It’s possible your father does not trust the doctors or anyone suggesting hospice care because a true, trusting relationship has never been established.

This dilemma is not uncommon specifically in the African American community, either. Your father’s reluctance could be an even deeper concern that he is not being given the best care available due to his race. As we know, racism is systemic and touches all institutions, including healthcare. He has had a lifetime of experiences with the system and those involved in it, and those can include instances of mistreatment or bias. Those experiences are guiding his decision today. Even if his negative experiences have been few, they likely have made a large impact; he also probably knows many who have been mistreated. He carries those memories with him and they factor into how he reacts and makes decisions.

Your father is in a very stressful position right now. Those under stress do not react in ways that seem prudent to others who aren’t experiencing the same stressful situation. He may not be able to grasp and understand everything he is hearing right now. We see this frequently with individuals who are referred to hospice care.

Your father may not be able to articulate all his fears, worries and frustrations in a way that makes sense to you. Remember that his life experiences are his own. He may not share his past negative experiences, preferring to leave them buried. That doesn’t mean they don’t guide his behavior now. They most certainly do.

I’m not certain you’ll be able to unravel his objections to hospice care. One thing you can do is active listening. Give your father the gift of your time and your ear. Find out what his goals are for this time in his life. Help him get answers to his questions and concerns. When hospice care is essential, you will be able to bring it to him.

I wish you well on this journey together.