On Friday, March 6, 2020, Horizon Home Care & Hospice was thrilled to honor Samuel Defilipps in a pinning ceremony at his Wauwatosa residence. Samuel, a veteran of the United States Army during World War II, spent time stationed at Fort Hood in Killeen, Texas before deploying overseas to fight in The Battle of the Bulge.

It was a full house for the ceremony, with Samuel’s son and grandsons in attendance along with his Horizon team: Social Worker Ginger, Patient Care Coordinator Juliann, Home Health Aide Fatime, Music Therapist Rory, and Chaplain Jarvis.

Everyone gathered round while Jarvis offered prayers and Rory led in sing-a-longs of the National Anthem and other various patriotic tunes. Ginger presented Samuel with a certificate while Juliann affixed an American flag pin to Samuel’s collar in thanks of his service. 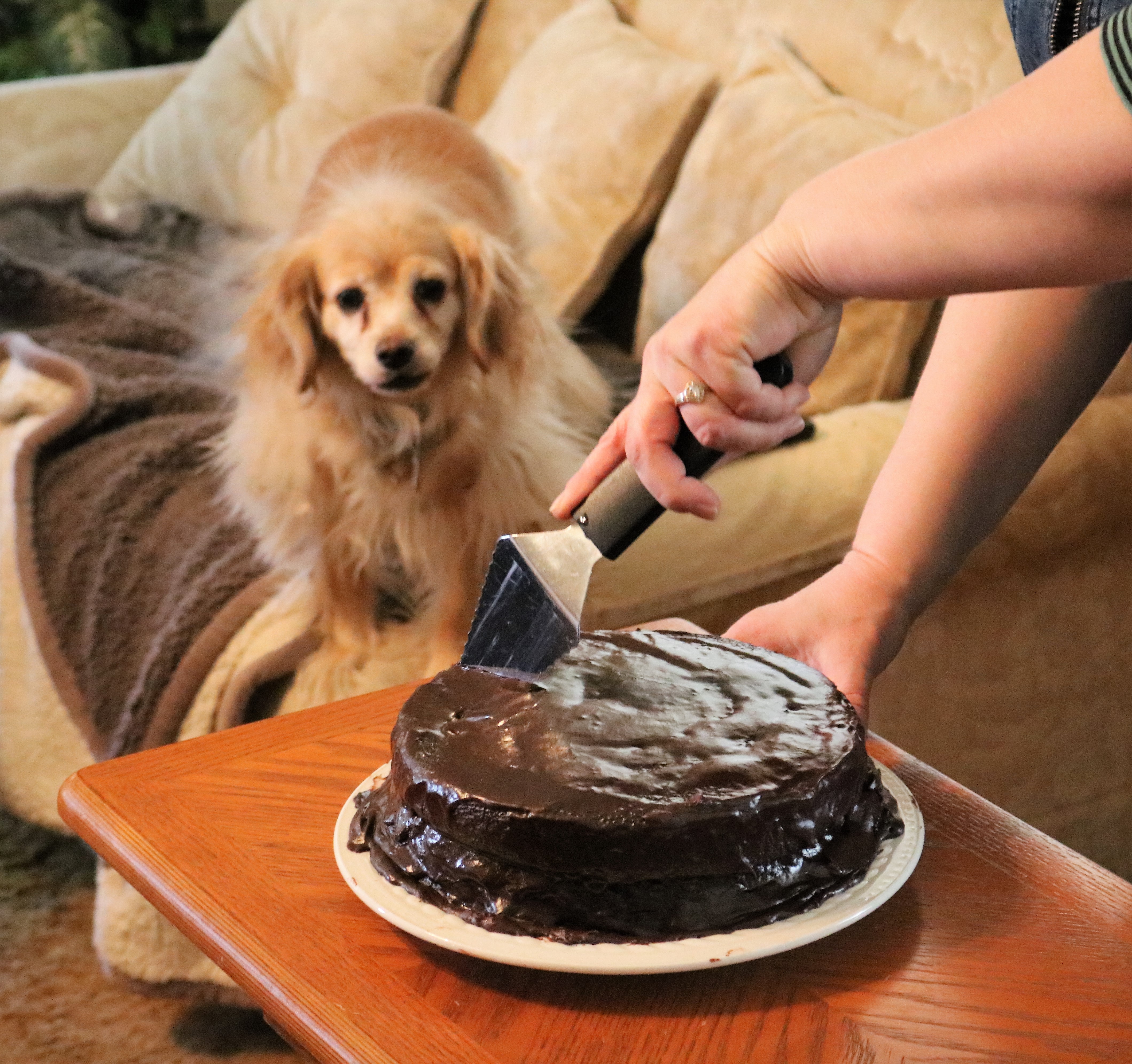 The afternoon ended as all enjoyed a special cake, baked for the occasion by Fatime. Samuel’s beloved dog had his eye on it, too.

Post-military, Samuel had a long, impressive career as a driver for Advance Transportation Company in Milwaukee. The company gave Samuel a plaque to recognize his achievement of having no accidents or tickets from 1952 to 1989.

As a Level 4 member of the We Honor Veterans program, Horizon is happy to recognize those patients who have served our country. Thank you for your sacrifices, Samuel—we are grateful! 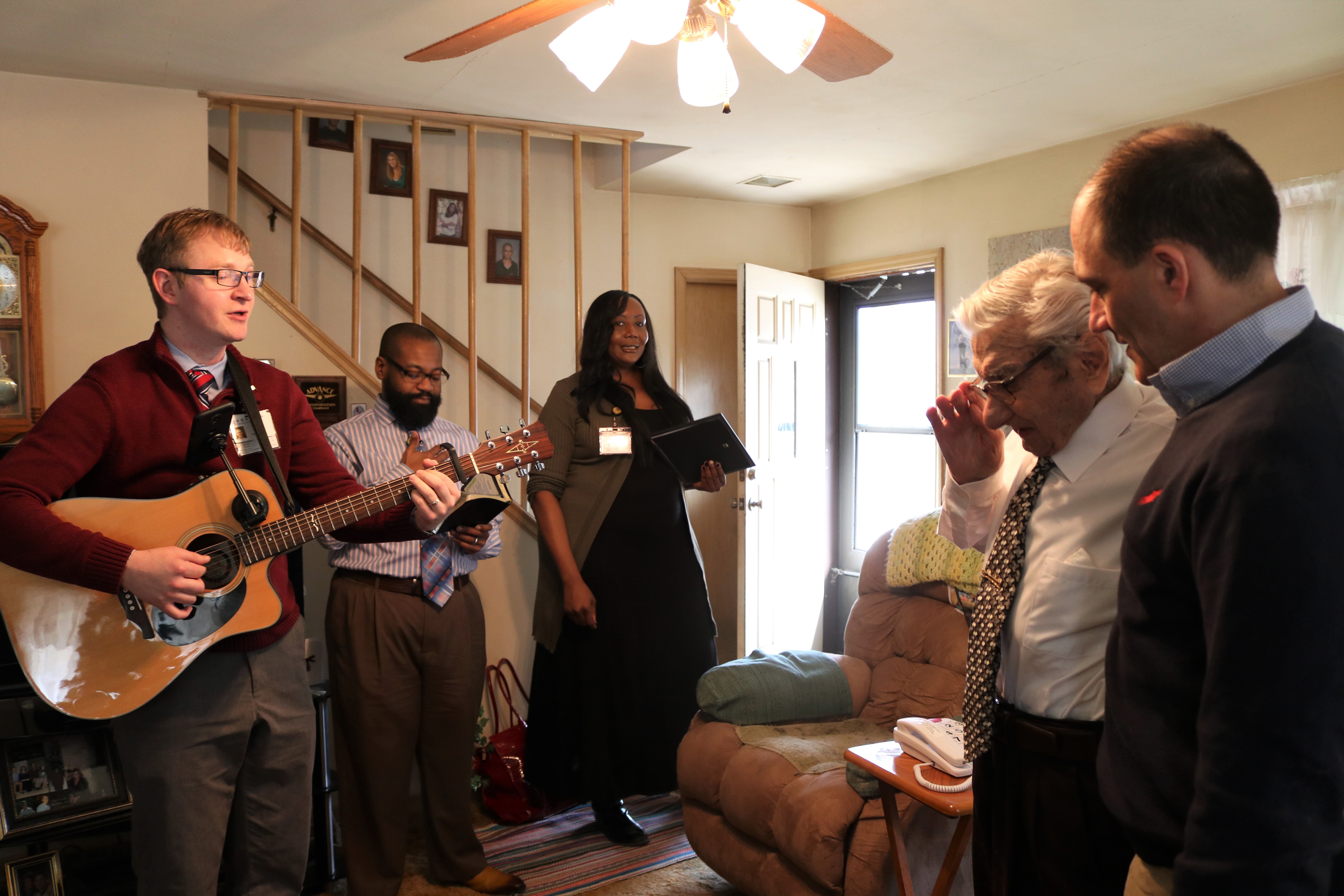 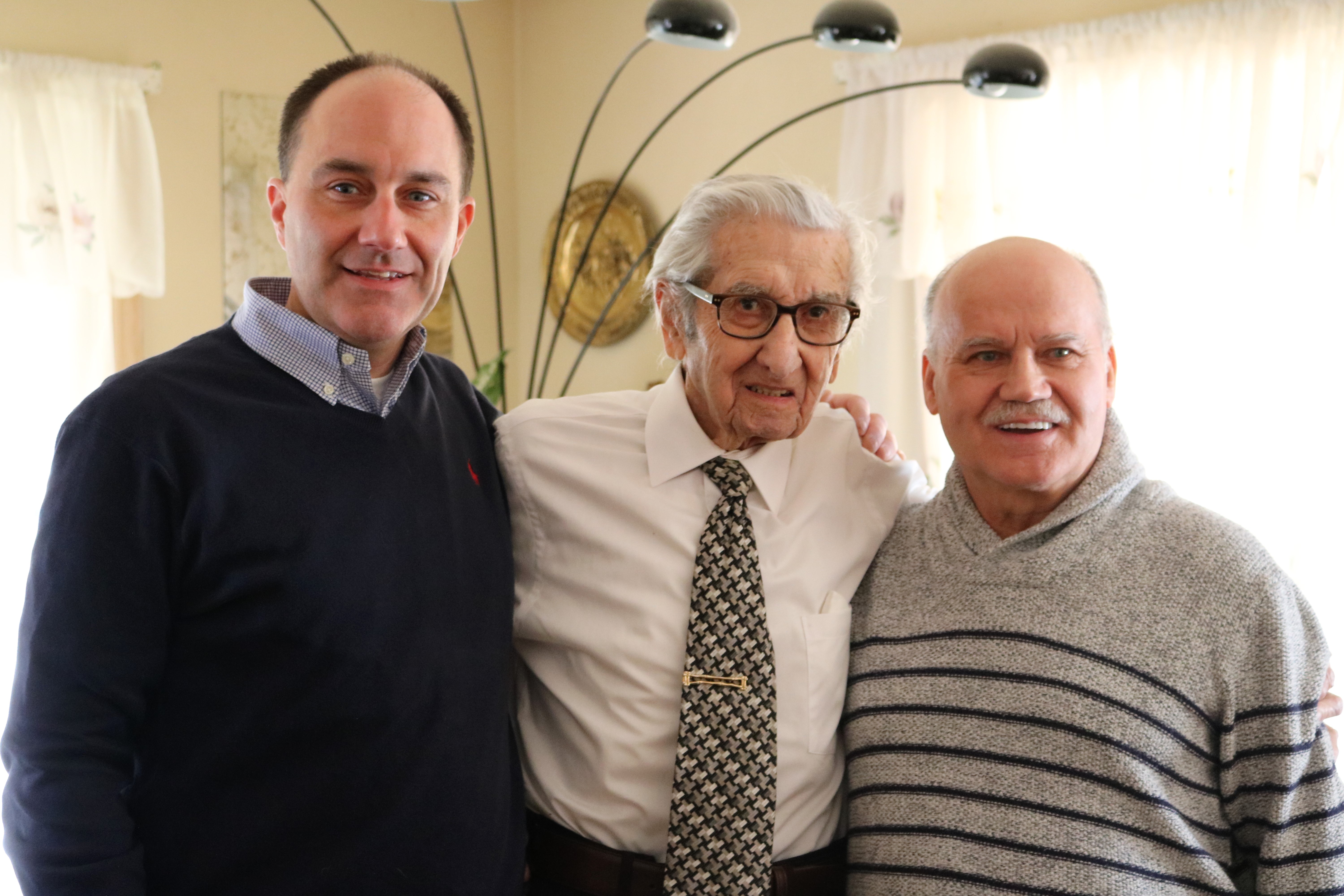