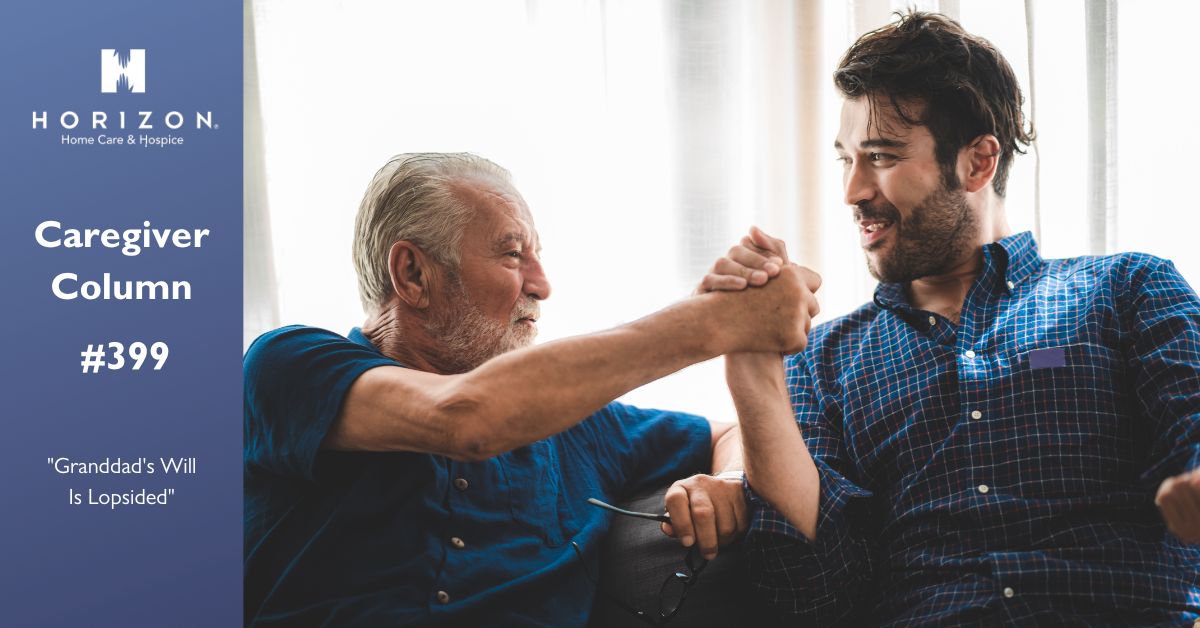 "My grandfather is thinking about “jumping the line” when it comes to some of his estate. Basically, he plans to give a large portion to a grandchild, but not all his grandchildren. He’s stated this to some family members, though I’m not certain if his will is complete.

Granddad is 85 years old and of sound mind, as best I can tell. I’m not sure what’s going on with his children, but I do wonder why he would give so much to just one grandchild. There’s no business involved that this grandchild works at. It’s simply invested money and real estate.

Is there anything the family can do to prevent this from happening? It seems wrong."

Families are complicated, with years and years of history. There certainly must be quite a bit more to the story than you were able to express. Getting the whole story will be helpful for you, so start there. Try to find out what’s on granddad’s mind. Your parents likely know the deal, too. But do know that people often use their wills to have the last say, and that could be the case here.

It’s actually a really good thing that your grandfather is discussing his wishes long before he passes. It gives him a chance to explain his thoughts to those who are interested before the will is executed, which is upon his death. He does have an explanation for his plans. Whether or not his logic is sound, fair, or off-the-wall, I cannot say.

There are several things that weigh on people’s minds later in life. Who cares for them and how they are treated is very important to the elderly. Sometimes, people will leave large portions of their estate to those that cared for them in their final years, and it’s not always family members. There are those who promise their assets to attempt to secure the support they need now.

Remember, people can see how you’ve spent your money. It may weigh heavily on a parent or grandparent if they believe the money they saved and invested will be squandered on frivolous luxuries. They may not want to leave anything to those who won't use the money wisely.

It’s important to understand that your grandfather may do whatever he wishes with his money, and he’s under no obligation to leave it to his family. Just because that’s the most frequent path for inheritance, it does not mean that individuals do not leave money to others.

Because your grandfather is still living and it sounds like you have some time, I recommend opening the conversation. It’s okay for you or your parents to speak with grandfather in hopes of understanding his thoughts. You may not like what he has to say, but at least you might understand.

If you feel your grandfather isn’t competent, or is being inappropriately influenced, the time to act is now. Involving family and obtaining legal advice is warranted in that situation. Waiting until after a death is much more difficult. Contesting a will is not easy, and is usually unsuccessful. A skilled probate lawyer will be essential after your grandfather dies, if that’s a path you wish to consider.

I wish you well as you navigate this situation.