Dad Gets Too Worked Up Over the Packers 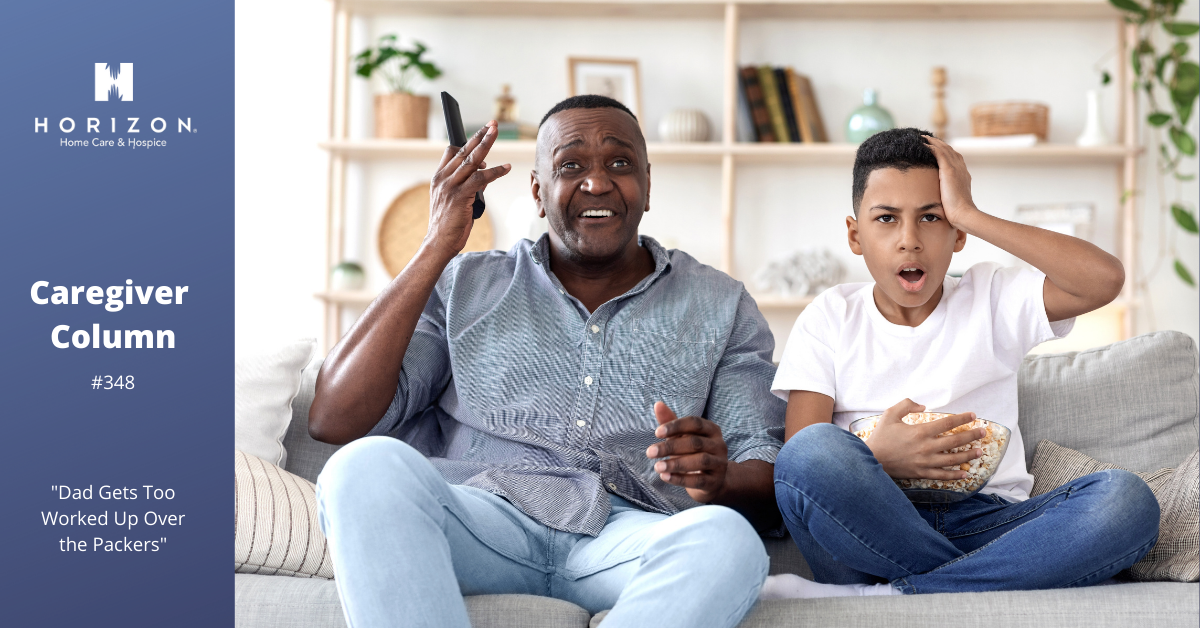 "My 80-year-old father is an avid Packer fan. I mean, really avid. He not only watches every game, but he yells at every call that goes against the Packers. He gets very red in the face, and sometimes I worry he will have a stroke right then and there.

After losses, he’s quite sullen for a few days. He mopes around and is a bear (not the Chicago type) to be around. Really, these games are rough on our family, and Dad’s response seems to get worse with age.

We just want to know how to manage Dad and his extreme reactions to the green and gold."

Managing an avid fan may be an exercise of futility. He loves his team, and his frustration is just an expression of his passion. Believe me, there are many others just like him!

Your father has likely been an active Packer fan all his life. He has cheered loudly, attended games with friends and family, celebrated and felt let down. Yes, there is risk for anyone who exerts themselves at sporting events, and it’s possible he could have a stroke or heart attack. I don’t think, though, that it’s cause for alarm unless he’s someone his doctor has identified as high risk for an incident.

I do realize that some fans are more enthusiastic than others. Some of us are just more compassionate about the team or the sport. It’s okay to be a big fan. I wouldn’t recommend trying to dampen his enthusiasm. Being part of a movement or a team of fans is exciting and adds the spice to life. Let him enjoy the ride.

He knows going in that there is a 50/50 chance of loss at every game. It wouldn’t be exciting otherwise. No one would watch if the outcome was known or the element of chance did not exist. People that love football enjoy a fast-paced, physical game. That’s your father.

Now about the letdown when they lose-- feeling the loss means you’re alive and you care.  Sure, there is disappointment after a loss (especially a playoff loss like the most recent Packer game). It’s just part of the deal. It lightens each day it passes, and then we start looking forward to the next season.

I wouldn’t worry too much about your father’s fandom. Let him enjoy his football. Remember that even when he’s upset, he’s enjoying the sport. Maybe join in and watch the games with him. It will create fond memories for the future. So many people ask about unengaged elders. You have one that’s in it. Enjoy the games with him.